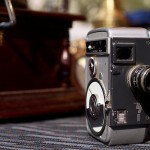 Not only was the camera expensive, but the film was too – so a 2 week holiday was all shot with 6 to 9 minutes of film. So I learned that your own moving pictures were *very* precious!!

But I didn’t do much filming myself until I got much older, and digital video camera’s arrived that I could afford in about 2001. Then an interest turned into a hobby and then a passion. The challenge of shooting and editing something that others might actually want to watch is surprisingly large but grew almost into an obsession. By which time I’d got a career in IT sales behind me, so I knew a bit about marketing, how to ask questions but, most of all, how to listen. Combine that with a genuine interest in all things Internet and a refusal to be defeated by anything technical and you’ve got what it takes – at least to think – you can do Video Marketing.

And so I started, and love it. And I’m learning all the time……… and thats just great!